The idea of living in community, supporting each other, and offering help when there is a rupture in the family system is not common in western culture. In general, as with most capitalist societies, we tend to value independence and don’t often ask for support. While this is the norm in many American families, other countries have more of a tribal culture, where families are supported and loved by multiple older adults, regardless of blood ties. Elephants share a similar family structure.

When our founder, Laurel, became ill, Fiona started gifting her mother elephants. They became a symbol of their bond and served as inspiration to ask for help and to rely on community to take care of Fiona during Laurel’s darkest days.

After a cancer diagnosis, it is typical for the patient to experience his or her natural tribe of friends and family gathering together to provide immediate support. However, this support often fades as time passes and the crisis of the diagnosis is over. Unfortunately, the severity of treatment to prolong life does not stop. Life goes on, and the patient needs to be able to participate in his or her life. Management of the disease doesn’t end. Fiona’s Family House steps in to support the family during this time of transformation. A new natural tribe, one that understands the unique challenges, because they themselves are facing a similar prognosis, forms to provide critical and long lasting support. 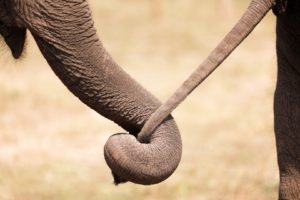 Elephants are known for their intelligence, advanced methods of communication, and complex social structures. Like humans, elephants are capable of complex emotions such as grief. Elephants are also very social, frequently touching and caressing one another and entwining their trunks. They also show great joy when greeting friend or family member, after the birth of a baby elephant and when playing games. When a friend or family member is absent for a long time and returns, an incredible welcoming takes place; they hold their heads high and flap their large floppy ears whilst trumpeting, rumbling, screaming and roaring with excitement.

Elephants young and old love to play and have fun. They engage in games of throwing objects, twisting and interacting with their friends.

An elephant family is ruled by an older female, and generally consists of her female offspring and their young. The calves will hold on to the tails of their mothers and the whole herd will constantly protect the young from dangers along the way. An orphaned calf will usually be adopted by one of the families lactating females. Elephants are very attentive mothers, and because most elephant behavior has to be learned, they keep their offspring with them for many years. 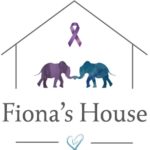